After an order released by the Madhya Pradesh Forest Department, a tigress will be shifted to Nauradehi Wildlife Sanctuary from Bandhavgarh Tiger Reserve. For two years, the tigress has been living in enclosure number 3 of Bandhavgarh.

Why is the tigress being shifted to Nauradehi? 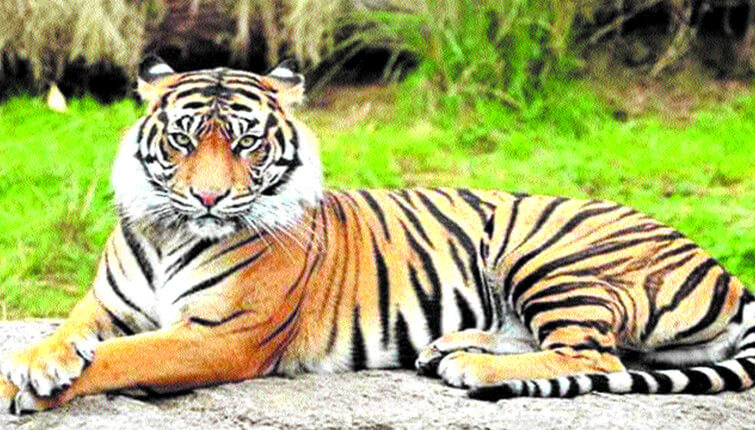 At Nauradehi, the tigress would have enough space to mark her territory and catch prey. Wildlife experts have suggested that the tigress should be left in the open jungle when it reaches the age of two. Nauradehi is already home to a tigress called Radha. A few days back, pictures of her along with her newborn cubs were trapped in the camera. However, there is also a tiger in the same sanctuary who poses a danger to Tigress Radha. The presence of another tigress in the area will help her in keeping a safe distance from the tiger, according to local officials.

The Chief Wildlife Warden has already issued a notification regarding the relocation of the tiger. According to several sources, the tigress will be shifted to Nauradehi after Diwali, after the ongoing monsoon season. All the national parks and tiger reserves will be thrown open to the public on 1st October. Once the parks have been reopened, officials of Bandhavgarh National Park will begin radio collaring of the tigress, followed by the shifting process. After the shifting process is complete, the tigress will be renamed N-3.

Some news on Tigress Radha 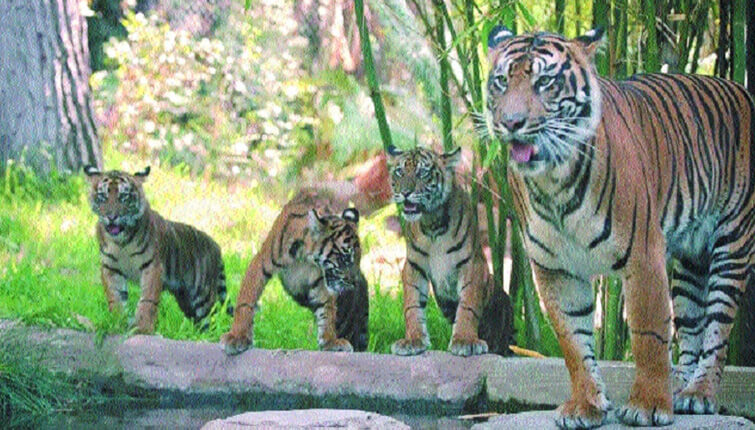 Earlier in June this year, cameras caught Tigress Radha with her three cubs at Nauradehi. According to forest officials, the tigress was out in search of prey while leaving her cubs behind in the den when the hidden cameras recorded her movements. Further evidence that the tigress is wandering from her den in search of prey is available in the form of carcasses. It is believed that Tigress Radha had given birth to the cubs either in April or in May. Camera traps are also being used by the forest department officials to monitor the tigers.

In fact, Tigress Radha herself was shifted from Kanha National Park to Nauradehi in May 2018. Just a few days later, a tiger called Kishan, was brought over from Bandhavgarh. After both the tiger and the tigress were left in the open jungle, it was found on 9th May that the tigress had given birth to three cubs. According to Dr. Ankur Awadhiya, District Forest Officer of Nauradehi, Tigress Radha is still inside the den with her cubs. A tiger has been spotted wandering around the den.

Observing the tigress, her cubs & the tiger

Night vision cameras have been installed to observe the tiger, tigress and her cubs while ensuring that they are not disturbed in any way. Public interference of any kind has been completely prohibited in the area where these felines are active. Earlier, officials believed that the presence of two tigers would lead to a territorial fight, but were relieved to find that there was no dispute between them. The two tigers were set free under the Tiger Introduction Plan in August 2018. While Tigress Radha is almost four years old, Tiger Kishan is five years old. The Tiger Reintroduction Plan was started in Nauradehi Wildlife Sanctuary on 18th April, 2018. It was inspired from Panna Tiger Reserve’s reintroduction plan.