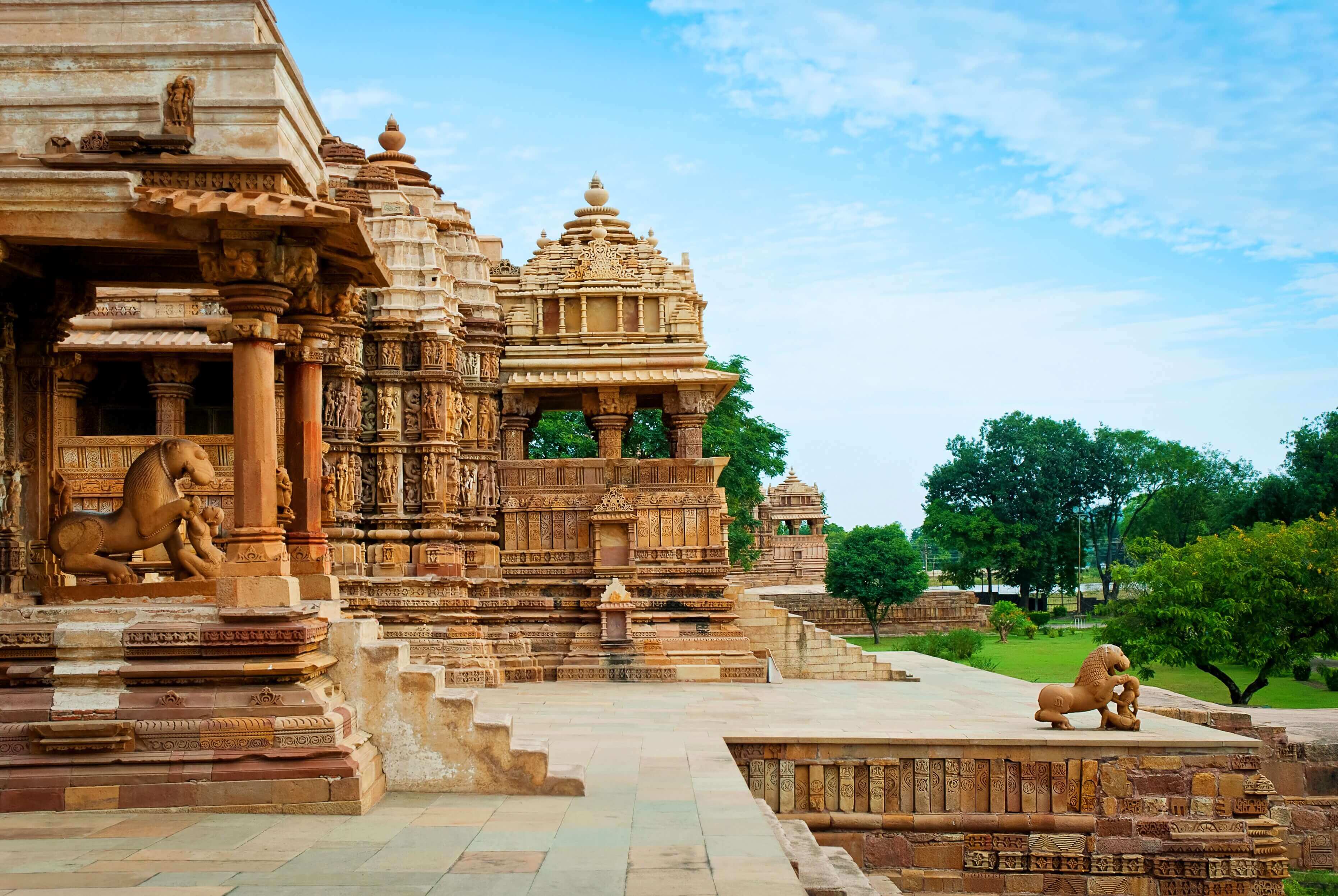 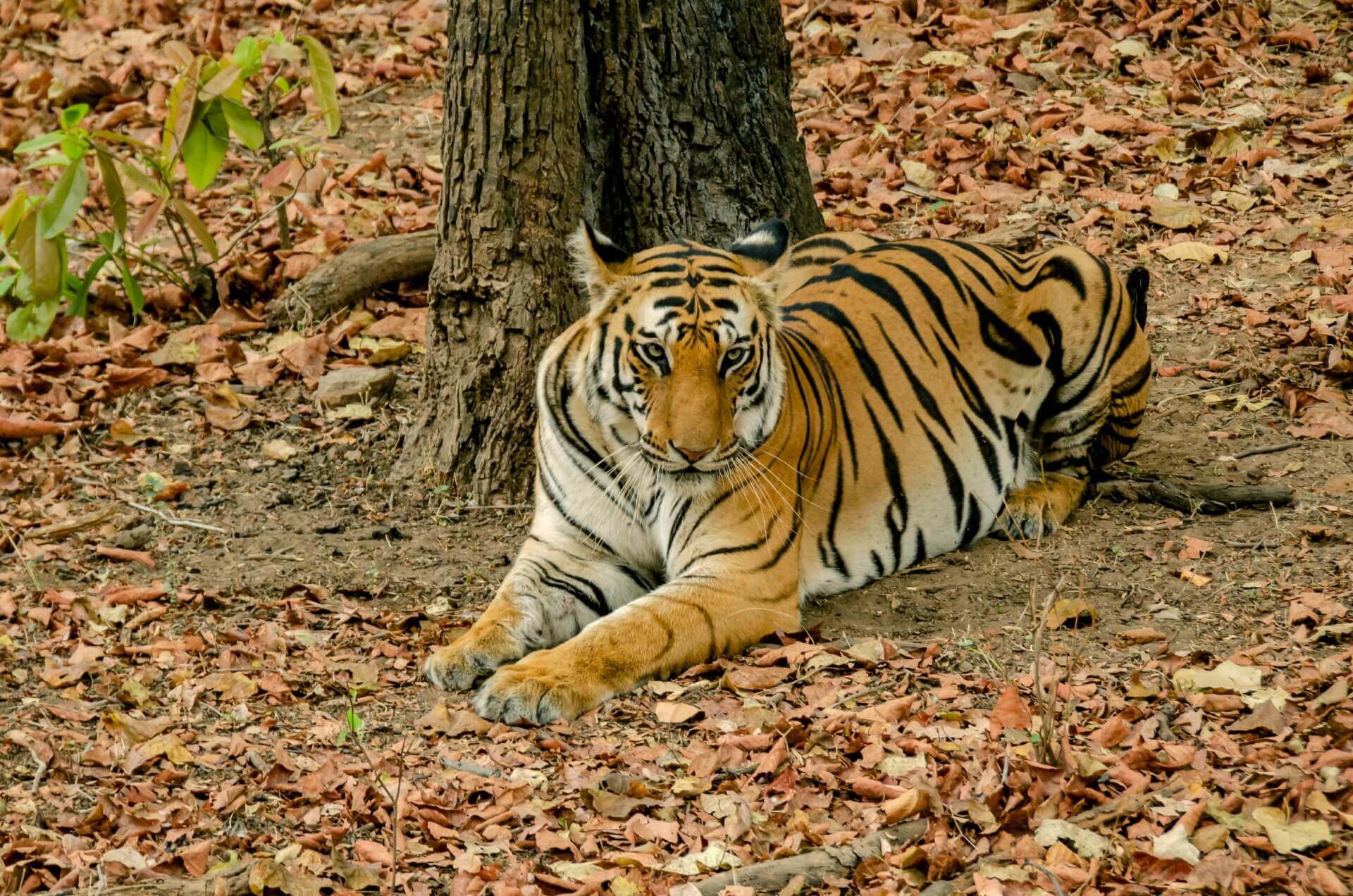 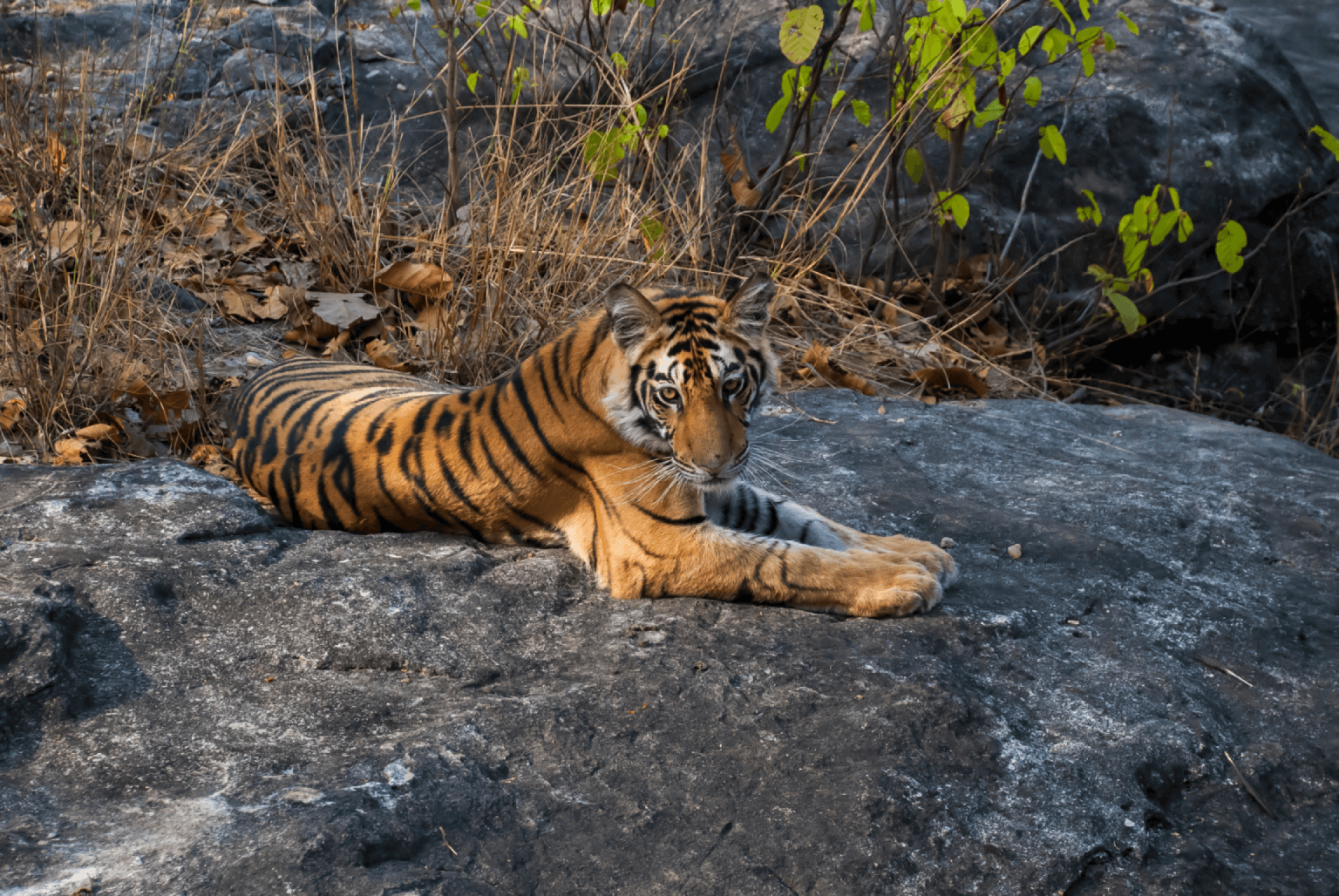 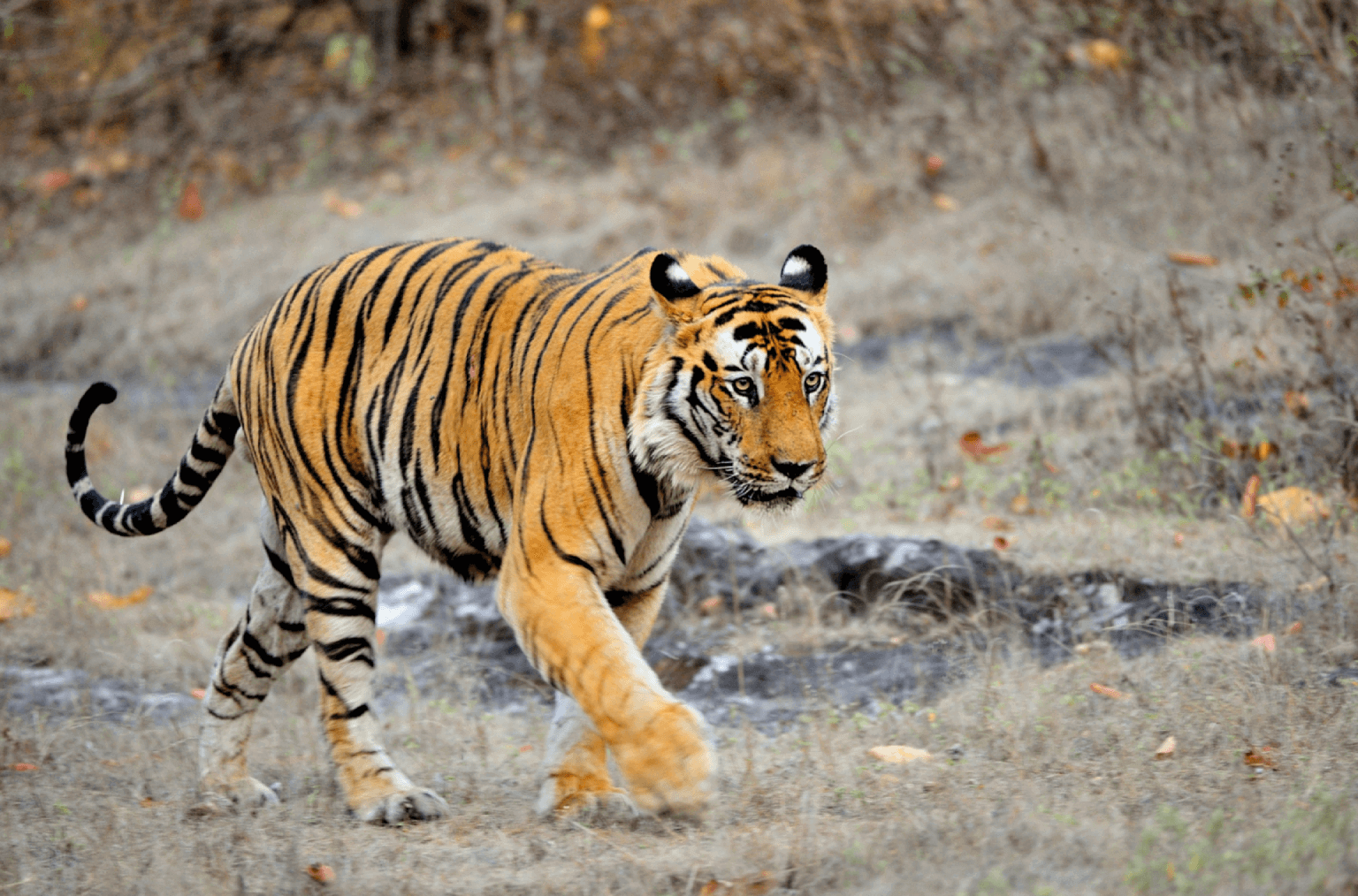 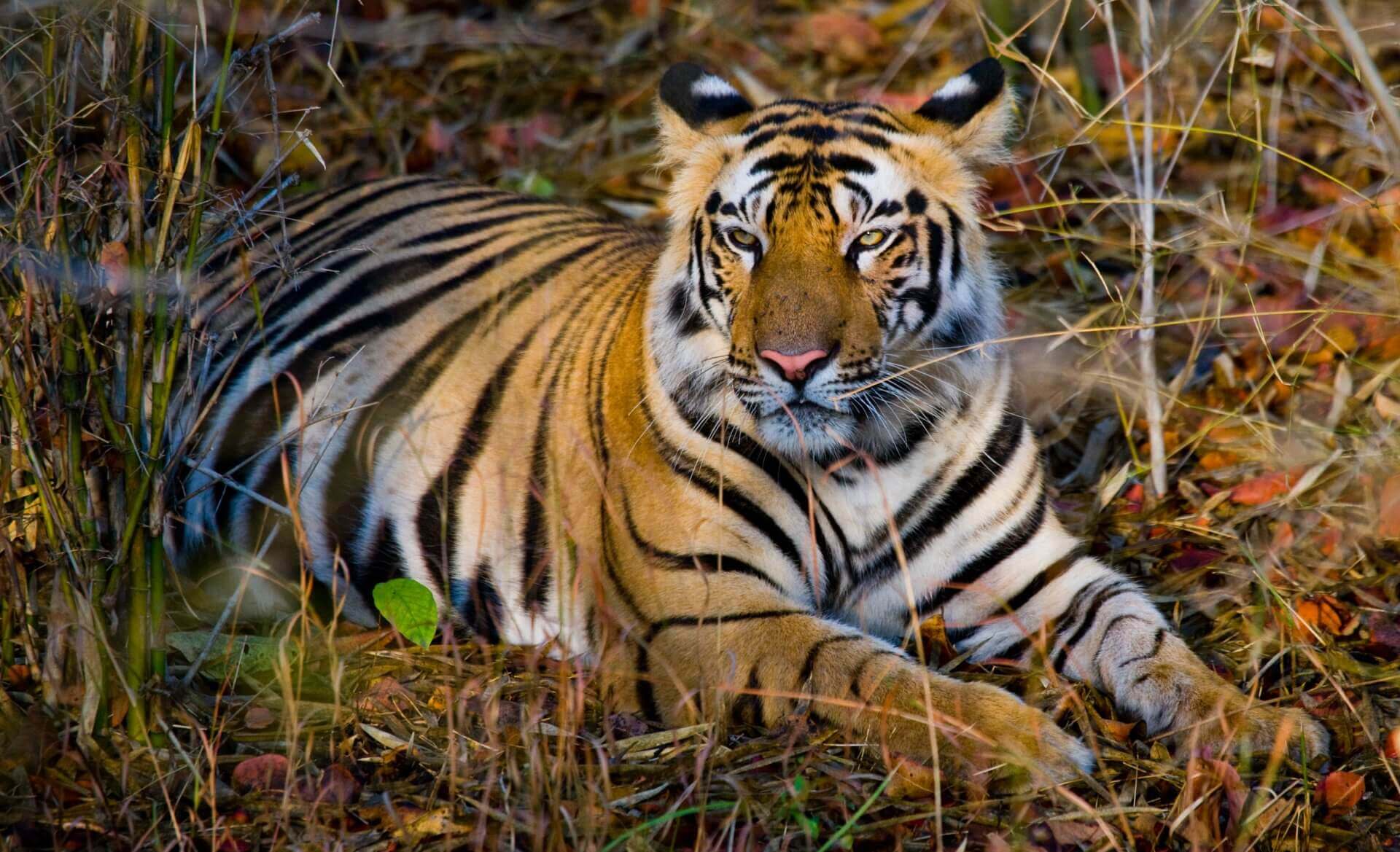 India has always been a place for those with the zeal for exploring the wildlife especially catching the sight of majestic Tigers is a wonderful experience that one can get. With a number of wildlife sanctuaries and national parks, the country is sure to offer the tourists the best ever wildlife tour experience. Thus, we prepared for you the best 7N/8D Special Tiger Tour Package so that you don’t miss out on the best tiger tour in Central India. Book with us your Tiger Tour Package in which we not only include two of the important national parks of Madhya Pradesh but also a visit to Khajuraho, a UNESCO World Heritage Site. The trip will begin with a visit to Khajuraho where you will get an opportunity to witness the architectural grandeur of the temples in Khajuraho like Chitragupta Temple, Vishwanath Temple, Kandaryia Mahadeo Chaunsat Yogini and Matengeswara Temple.

Proceeding further in our Special Tiger Tour, the next destination will be Bandhavgarh National Park where you can come close to the majestic big cats by indulging in a jeep safari. Once done with it, the tiger tour will conclude with a jungle exploration in Kanha National Park ensuring you unmatched memories to take back home. This Special Tiger Tour is going to offer you the best travel experience in the wilderness ensuring you the best of services, assistance, reasonable package cost with a promise that you will enjoy your holidays without any worry.

Board a flight to Khajuraho. Upon arrival at Khajuraho, you will be greeted by our tour representative who will transfer you to the hotel. In the afternoon you will be taken for a temple tour of Khajuraho temples which includes Kandaryia Mahadeo Chaunsat Yogini, Chitragupta Temple, Vishwanath Temple and Matengeswara Temple..

Khajuraho, the temple city of Central India is famous throughout the world for its exquisitely carved temples in stones. Thousands of visitors and tourists from all over the world flock together to envisage this immortal saga of Hindu art and culture engraved in stone by shilpies (stone craftsmen) a millennia ago.

Today, apart from the temples, Khajuraho is a small village but a thousand years ago it was a large city of the Chandelas, medieval Rajput kings who ruled over Central India. Khajuraho is 595 km (370 miles) south-east of Delhi and can be visited by air, rail or road. An overnight train journey from Delhi takes the visitor to Jhansi, from where another morning train takes him to Harpalpur 85 km (53 miles) to the east. In the evening return to the hotel for overnight stay.

Post-breakfast, drive to Bandhavgarh National Park covering a distance of approx 228 km. Upon reaching, check into the wildlife resort for dinner and overnight stay.

In the morning, indulge in jungle exploration on elephant and jeep. Also, indulge in bird watching and a walk to the fort. Overnight stay will be at the wildlife resort.

In the morning and evening indulge in jungle exploration on jeep. Overnight stay will be at the wildlife resort.

This morning, post-breakfast, drive to Kanha National Park. Upon arrival, check into the wildlife resort for overnight stay.

In the morning and evening leave for jungle exploration on jeep. Once done, return back to the resort for overnight stay.

This morning, you will leave for jungle exploration on jeep. Once done, head back to the resort for a sound sleep.

In the morning, drive to Nagpur covering a distance of 252 km to board flight for Delhi.

The packages are designed to give you all kinds of comforts and eases
while enjoying the safari or residing at any of the resorts and hotels. 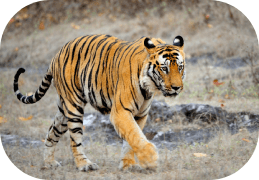 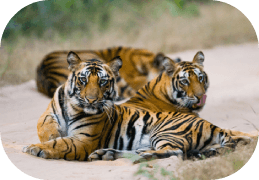 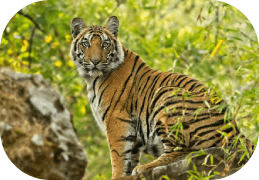 A Safari through Indian
Wilderness 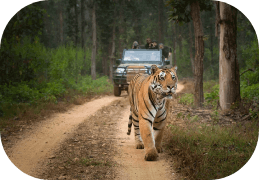 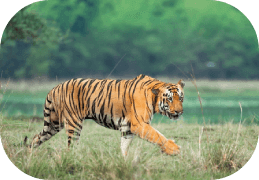 The Tiger Corridors
of Central India 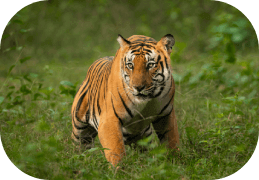 Inheritance of Madhya
Pradesh with its Wildlife 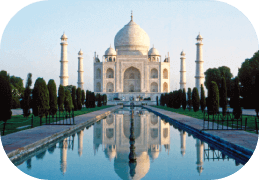 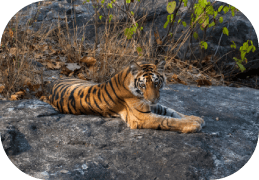 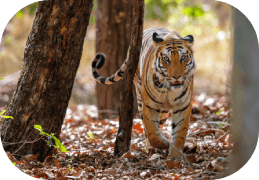 Other Best Hotels and Resorts in Bandhavgarh 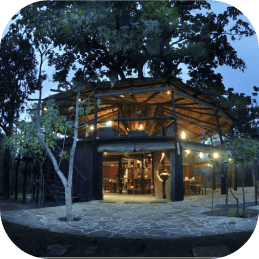 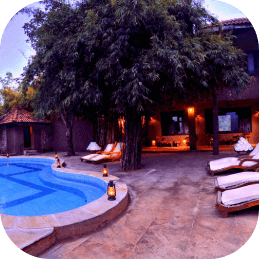 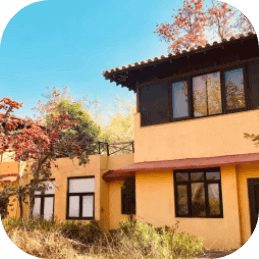 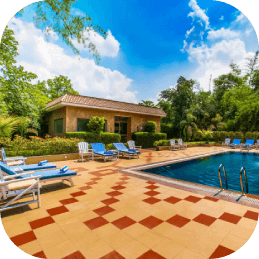 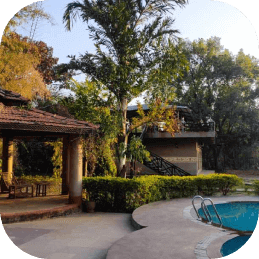 Our experts are available 24/7: